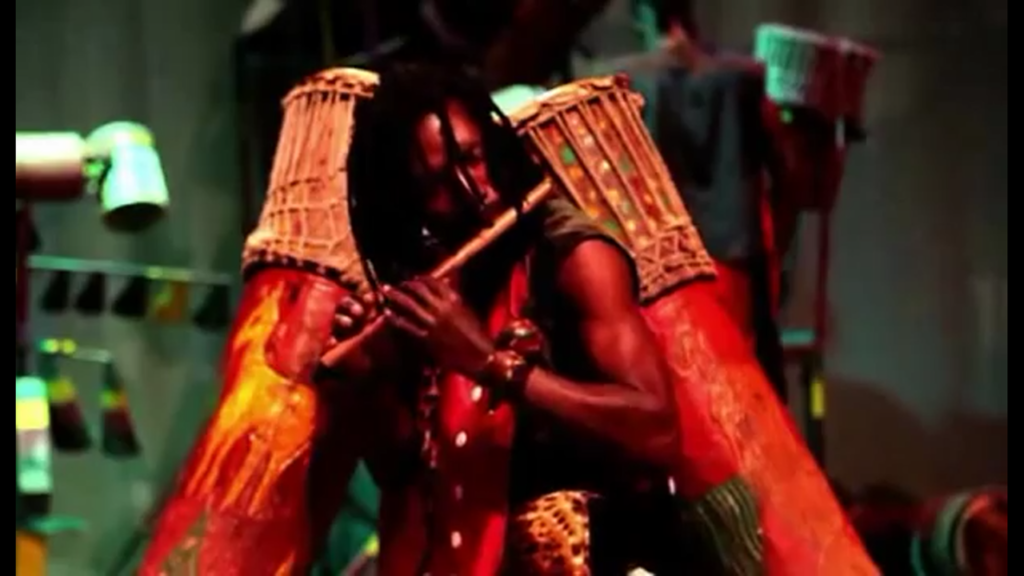 KiKongo: Bukongo is a broad set of traditional beliefs from the KiKongo speaking peoples.The faith bases itself in the idea of a main creator god named Nzambi Mpungu who created  the world and the spirits who inhabit it.

Priestly doctors known as Nganga try to heal followers minds and bodies. Mediatory roles likebeing a Nganga require legitimization from the other world of spirits and ancestors

The universe is split between two worlds, one of the living (nza yayi) and a world of the dead (nsi a bafwa), these worlds are split by a body of water. Humans continually pass through these worlds in cycle.

In general, according to the Kongo cosmogram, the creator god resides at the top of the world, the spirits living below and water existing in the middle where the two worlds meet.

Spirits as well as dead ancestors could be communed with and those with authority got special rights to such communing. The priestly Nganga can interact with such spirits and ancestors. They would use spiritual cures to battle black magic in the world, sometimes using Nkisi.

The Teke people, or Bateke also known as the Tyo or Tio, are a Bantu Central African ethnic group that speak the Teke languages. Its population is situated mainly in the Democratic Republic of the Congo and the Republic of the Congo, with a minority in Gabon. Omar Bongo, who was President of Gabon in the late 20th century, was a Teke

Pray, to be protected from bad luck and delivered from evil spirits, to be treated by healers and traditional natural medicine, to lavish praise…

An “Initiate” Priest, Spiritual Father, accompanied by his “shepherds”, leads worship for the community, one to three times a week

Everyone can come and receive help.

Practitioners can- in their own way- vary the rhythms and steps of their repertoire during worship.

Inherited from ancient times and to this day, the BANGOUNZA cult is practiced in Congo Brazzaville, as well as in various countries and cities of the world, at the discretion of the immigrant populations

Acknowledgements to Chiberto Massengo  CID Member who curated this page.