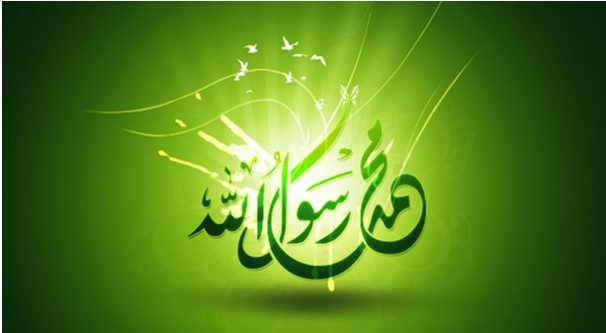 Islam “submission [to God]” is an Abrahamic monotheistic religion that, at its core, teaches the oneness of God (Allah), and that Muhammad is his final messenger. Islam teaches that God is merciful, all-powerful, and unique and has guided mankind through prophets, revealed scriptures, and natural signs, among other attributes.

The primary scriptures of Islam are the Quran, believed to be the verbatim word of God, as well as the teachings and normative examples (sunnah, hadith) of Muhammad.

Islam also teaches a final judgment with the righteous rewarded in paradise and the unrighteous punished in hell. Religious concepts and practices include the Five Pillars of Islam, which are obligatory acts of worship, as well as following Islamic law (sharia), which touches on virtually every aspect of life and society; Islam originated in the early 7th century in the Arabian Peninsula and by the 8th century, it extended from Spain in the west to the Indus River in the east..

Most Muslims are of one of two denominations: Sunni (75–90%) or Shia (10–20%). Their differences arose from a disagreement over the succession to Muhammad and acquired broader political significance, as well as theological and juridical dimensions.

There are no known references to dance in pre-Islamic Arabia, although nomad tribes were probably acquainted with dance.

There is no mention of dancing in the Quran. The “Imam Ahmad ibn Hanbal” hadith relates that one day Prophet Muhammad and his wife Aisha saw a group of Abyssinian Christians performing a modest dance inside a mosque, and watched without objection.

Islamic scholars are divided whether muslims are allowed to dance. Some –based on the above hadith – consider that this is possible under several conditions (no alcohol, no gender mixing, no effeminate moves, and no excess).
Others consider that dance is prohibited because there is no testimony that Prophet Muhhamad danced.

We must also consider that due to the theological question of human portrayal and its connection with idolatry, the performing arts have traditionally been regarded by the faithful with more than usual caution

The Islamic peoples themselves seem to have developed dance less than they did with music or architecture, and, in addition to medieval Islam’s cool attitude toward dance and theatre as art forms, it must be added that most women, leading a life of seclusion, could hardly be expected to play an active part in them, except in private and exclusive gatherings.

Nevertheless, there has been an active tradition of folk dance in most Islamic countries, in addition to dancing as an entertainment spectacle and, particularly in Persia, as an art form.

A ritual dance was instituted in the Sufi mystical order of the Mawlawiyyah (Mevleviyah) in Turkey; performed by dervishes (members of the mystical order), it is considered to be a manifestation of mystical ecstasy
On the occasion of CID’s 53d World Congress in Dance Research in Nassau , Bahamas ,  religious leaders of the french city of Bordeaux were asked about the relation between dance and their religion by Evelyne VAITY and Severine Boston CID Members. Imam Tarek Oubrou pointed out the possible relation of dance and the  gesticulation of muslim prayer as well asthe cicular pilgrimage around Kaaba

Is dancing forbidden in Islam? If so, why?    Quora (view points of Muslims and non Muslims)

These dances are done collectively and practiced during religious festivals like Ramadan.

A Visit From MOROCCO To INDIA