Ecstatic dance is a form of dance in which the dancers, sometimes without the need to follow specific steps, abandon themselves to the rhythm and move freely as the music takes them, leading to trance and a feeling of ecstasy.
It is since prehistoric times that humans have discovered the amazing power of rhythm; it puts them in a trance. Just listen or start moving on a well-rhythmic music, and you feel your mood changing. The perceptions are modified giving  the impression of being in another world, less limited than the familiar world of our  ordinary consciousness.

This “second world”, which we discover in a state of trance, is larger, nobler, more spiritual than that of everyday life. Trance is a modified state of consciousness (MSC) where one is invaded by something else, other sensations, energies, images, visions, which, because they are out of the ordinary, have often been considered supernatural.

Dance, which is movement ordered by rhythm, has , since the Paleolithic, been a privileged trance vehicle allowing access to these other worlds. And we find it at the center of the rituals that celebrate the gods in all animist and polytheistic religions.

Thus, Ecstatic dance has been practised throughout human history, including in classical times by the maenads, followers of the wine-god Dionysus as well  as in the ancient and widespread practice of shamanism. Ecstatic sacred dances are known also from religious traditions around the world. Ecstatic dance was also revived in modern times (Gabrielle Roth and  her 5Rhythms ); it is now found in variants across the western world. More recently, it has been compared to dancing in raves and in club culture. 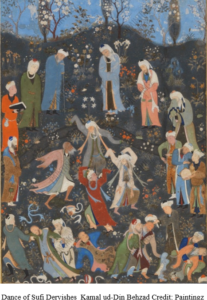 – Ecstasy, is the  characteristic of shamanism, this animist culture widespread throughout the world (Siberia, Russia Asia, North and South Amerindian America). The healer, called shaman, is motionless but travels in spirit in the invisible world in order to meet supernatural entities there and negotiate with them the healing of a sick person. In other words, the spirit of the shaman “goes out” to meet the divine; hence the etymology of “ ecs-stasy”  which in Greek means “standing out”.

– Possession, characteristic of African and American-African cults, in which  the supernatural entities “descend” to incarnate and dance in the body of humans. In other words, it is the divine who comes to meet man.

This distinction is actually questioned, as we see shamans dancing the entities with which they dialogue and possess whose bodies remain motionless. So we can group together, as the Greeks have done since ancient times, the two forms of trance under the name of ecstasy.

Ecstatic dances are therefore the sacred dances in which the dancers, in a modified state of consciousness, access the divine, this “numinous” register, peopled with invisible beings, this mysterious world which, for lack of being able to explain it, populated with supernatural representations: the gods.

The fact that the dancer in a trance is capable of unusual performances such as dancing barefoot on fire as in the Greek feast of Anastenaria, dedicated to St Constantine and Helena in northern Greece, but also in India, Bali or the Maghreb, seems to confirm the divine presence in the human body during ecstasy. 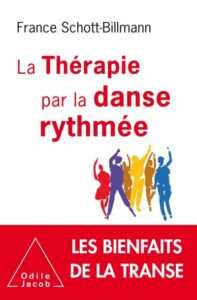 The lullaby, primordial dance, ecstatic and beneficent in the arms of the mother exists everywhere and since immemorial time. Plato was the first to see in this swing a jubilant mode of care by which the mother soothes the child, which she enchants with her voice.

Plato compares this with the healing -through a trance dance – of a  psychomotor disorder called  the Corybantes disease.

The Corybantes were priests of Cybele the Mother of the Gods in Phrygia, and they leaped or danced under the influence of the divinity banging with swords on their shields.

Let us try to clarify this millennial mechanism which associates the “enthusiasm”  of movement with the healing.

Acknowledgements to France Schott-Billmann CID Member who curated this page.