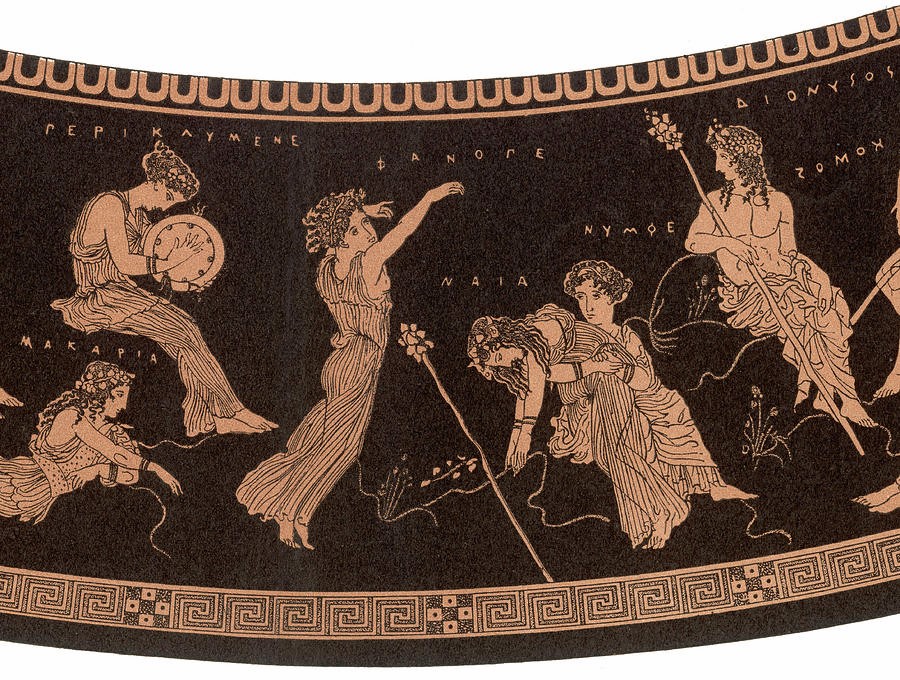 Western Europe – wishing to  reject the trance, seen as a state that threatened the domination of reason, the clerical institution of the Roman Catholic Churches and the control of bodies by the Authorities – desacralized dances.

However, certain sacred dances exist or have survived (sometimes disguised) in some Christian orthodox countries as well as in Islam and Judaism, which, despite reluctance, tolerate certain practices of dance mysticism.

We can mention the “Anastenaria” ritual danced for the feast of St Constantine/St Helena in Northern Greece and Bulgaria.

In various Muslim countries we have Sufi rituals, in the Maghreb , in Balkans (Albania, former Yugoslavia and Romania) and particularly in the Middle East (Turkey, Syria, Iran) the famous dance of the whirling dervishes.
In Judaism the very exuberant Hassidic dances, popularized by the film “The Adventures of Rabbi Jacob” with Louis de Funès

The “Anastenaria” ceremonies take place in some cities in northern Greece and Bulgaria during a few days around May 21st, feast of Saints Constantine and Helen. They constitute a pale reflection of the customs that happened  in the Stranza Valley (today in Bulgaria) until the beginning of the 20th century. In Greece, they are perpetuated by refugees coming from this region.

These customs include various manifestations of veneration of the icons of the Saints: processions, blessings of water, animal sacrifices, ritual meals, and, above all, ecstatic dances that reach their climax in firewalking. Everything is accompanied by incense, intense music performed by drums, lyra (stringed instrument), flute and gaïda (bagpipes) as well as  songs narrating in a “dreamlike” and “symbolic” manner the adventures of some Constantine in Middle Age Byzantium.

The icons differ a little from the canon, particularly in St Helen’s posture; she seems prepared to dance.

Islam : Dances inspired by sufism  from Maghreb to India

In Maghreb, a great number of ecstatic dances originate from sub Saharan Africa. They are now celebrated by brotherhoods (Gnawa, Aîssawa etc) or groups (Halka) inspired by Sufism. People may join the dancers and eventually enter in ecstasy. Local customs make part of the rituals. And in many cases feminine presence is very important.
It is in the Middle East that most classical whirling dances (Sama, Zikr) exist with the city of Konya as epicentre. The ritual is of a great solemnity and its Muslim character is omnipresent.

A visit from MOROCCO to INDIA

The oldest of the monotheisms, Judaism, like Islam, continues to tolerate mystical dances being practiced within it. They come less from a Dionysian memory than from a convergence because they were born in Eastern Europe in the 18th century, at the instigation of a rabbi known as Ba’al Shem Tov, in reaction against a very intellectualized Judaism which was based on the very bookish study of the Talmud. There was an urgent need to rediscover a mystique of the heart because, as Rabbi Nachman de Breslov, one of the founder’s direct descendants, writes: “The heart is in despair at the hard and rigid way in which the brain addresses it. For this reason, it remains indifferent and unmotivated. Heartless”. One of the branches of Hasidism, the Lubavitch, is currently very visible in Israel and the U.S.A., because of its particular clothing and hair. Hasidic teaching is very present in Jewish life. It is marked by joy and emphasizes celebration, exultant dance, song, emotion, enthusiasm and fervor that draws one to God through the heart.

Ecstatic Dances in Other Religions