About the Term “Spirituality”

It is beyond the scope of this Website to examine in depth which is the best way to define a notion with many connotations which – in addition – vary under time.

Why have we used “Dance and Spirituality “ instead of “ Sacred Dance ” or “Dance and Worship” or whatever ?

The choice was just arbitrary. Notions are subtle and differences in terminology are slippery, but as a matter of reflection not only is it open, but it represents a challenging subject for the contributors of the website!

What seems important to us is to link dance with all forms of spiritual quests, either in the frame of a particular worship or ritual, or in each artists’ unique feeling 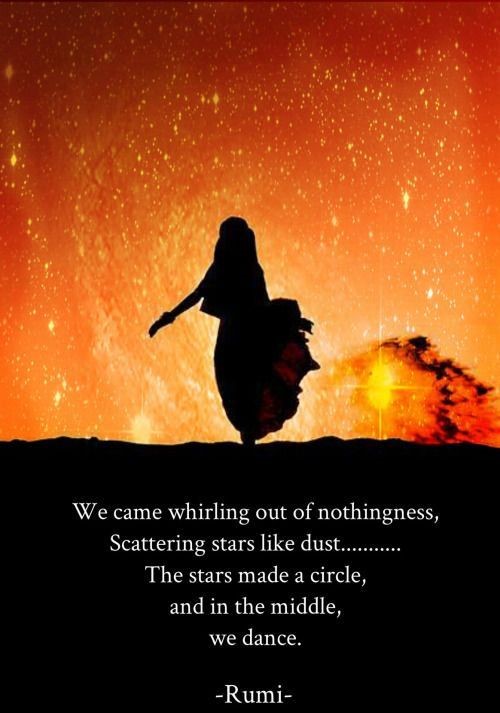 The evolution of Sacred Dances

Spirituality has progressed at the rate of the evolution of our species. Most ancient religions were local and animist corresponding to the state of hunter-gatherers. The evolution towards that of farmers-herders gave birth to deistic religions and intensified the cult of ancestors. As human societies have grown and their communications have become denser and progressively globalized, certain religions have spread and even developed a missionary dimension.

However, the rituals and traditions of ancient cults have often passed on to succeeding cults and have survived there in a different form.

It is estimated that there are approximately 10,000 distinct religions in the actual world! As a result, the sacred dance covers an infinity of cases, an invaluable treasure that humanity must preserve!

Dance was always an important dimension of all spiritual expression. According to Oesterley (see bibliography) the Sacred dance is the first dance practiced by human beings; it is from the sacred dance that the folk dances were gradually born and from these emerged more elaborate dances sometimes resulting in the great classical dances. On the other hand, spirituality is often felt in the bodies which are mobilised, in their energy and in their rhythm to the point that Maurice Béjart declared “A dance which would not contain a tiny divine and sacred parcel would not be a dance”.

Among the traces of prehistory we have indications that the human being considered the dance indispensable in all the important moments of its life and especially during religious rituals. The sacred dance should help man to obtain material benefits and communicate with the spirit world. Why it was through  dance (and not through another expression) that this was achieved? There is no definite answer in that question . However, if we consider dance as a “muscular expression of feelings” or as the “art of gestures”, we can realize how much dance is physically close to the human being as a whole.

Attempt to classify  the Sacred Dances

There are various ways to classify sacred dances. They are based on some criteria the way the dance is held and particularly on the result which is expected. It is up to the reader to place a dance under one or more categories.

– devotional dances: to pay homage to Nature or to the deities.

– ecstatic dances: to unite with the Divine or with the spirits of the ancestors through meditation or by creating a state of trance. the spirit temporarily takes possession of the dancer’s body and can thus send messages to humans or give ephemeral powers to the dancer

proposed in 1923 that sacred dance had several purposes, the most important being to honour supernatural powers;

the other purposes were to “show off” before the powers;

– To unite the dancer with a supernatural power, as in the dances for the Greek goddesses Demeter and Persephone;

– Making the body suitable as a temporary dwelling-place for the deity, by dancing ecstatically to unconsciousness;

– Making crops grow, or helping or encouraging the deity to make them grow, as withAriadne’s Dance as described in the Iliad;

– consecrating a victim for sacrifice (as with the Israelitescircling the altar, or the Sarawak Kayans circling a sacrificial pig);

– paying homage to the deity present for an initiation ceremony;

– helping warriors to victory in battle, and appeasing the spirits of the enemy killed inbattle;

– averting the dangers associated with marriage, at a wedding ceremony;

– at a funeral or mourning ceremony, purposes such as driving away the malevolent ghost of the dead person, or preventing the ghost from leaving the grave, or frightening off any evil spirits attracted by the corpse, or temporarily and invisibly bringing the dead person back to join in the dance, or simply honouring the dead person.

there are principally processional, circular (around a sacred object, a victim to be sacrificed, etc.) and ecstatic dances, the latter can also be individual.

Thus the sacred dance manifests itself during important events of ritualized life and is often led by an intercessor (shaman). Ritualization consists of placing movements and moving figures in space with specific costumes and attributes, in rhythm with songs and music.

“The more the spiritual dimension is accentuated, the more the human being discovers the feeling of belonging to the universe, the sense of the totality of being, body, soul, spirit, and the meaning of life whose order was held sacred because it was in it that the divine project was expressed. He enters an eternal time” according to Géneviève Khemtemourian (Danses pour le temps présent)

“Who lives the dance, lives in God” taught Rumi.

Sacred Dances around the World

Sub-Saharan Africa, the starting point of homo sapiens, “mother of humanity”, is estimated to have 2,000 ethnic groups within it. Each group has its own history, culture, spirituality, dances. What an immense treasure, a treasure that has not been looted like its other treasures but a treasure to be safeguarded and offered to humanity.

Even when monotheistic spiritualties have spread or imposed themselves, even when ancestral traditions have been fought or despised ancestral African cultures have resisted and have even – up to a certain point – adapted and integrated elements of foreign cultures.
Two typical examples:

– the widespread penetration of dance into Christian worship in Africa; officially recognized – in some cases – by the Vatican

Monotheism replaced local religions and almost all ancestral ceremonies disappeared or penetrated new cultures. We still have information (inscriptions, wall frescoes, pottery and literature) that allow us to know more or less in detail that sacred dances existed in Egypt, Mesopotamia, Persia, Greece and Rome.

We also have a number of customs – which have resisted monotheistic conservatism – and which remind us of this rich past. The most striking example is the circle around Kaaba during the Muslim pilgrimage, a remnant of the circular dances that took place there before Islam.

As regards to the two great ancient civilizations – Indian and Chinese – and their zones of cultural influence which cover most of Asia, there is a spiritual evolution of great richness reflected in their innumerable sacred dances.
However, the monotheistic influence is felt via Sufism on the Turkey/Persia/North India path. The ancestral shamanism of Central Asia/Siberia was influenced by Buddhism

Out of strictly  traditional sacred dances , we can observe some very interesting tendencies concerning  Dance and Spirituality ; here are some examples :

– Little by little , choreographies are created inspired by  the great untapped   christian heritage of music and poetry.

As seen previously, sacred dances have existed since Homo Sapiens began to emerge from the animal state and that over time their realization required more and more dexterity and in general it was reserved for initiates or professionals, with the exception of ecstatic dance in which individuals may enter a trance
During the 20th century some choreographers conceived sacred dances technically accessible to the general public through their simplicity, thus creating various currents impregnated spiritually to varying degrees.

George Gurdjieff, the mystic and spiritual teacher collected or authored a series of sacred dances, known as Gurdjieff movements.

The Dances of Universal Peace, created in the 1960s by North American Sufis, use dancing, Sufi whirling, and singing of sacred phrases from different religions

From 1976, Bernhard Wosien the ballet master and choreographer introduced circle dance at the Findhorn Foundation in Scotland. He used  both traditional dances and his own choreography to develop “group awareness”. Wosien’s approach was taken up by the dance teacher Anna Barton, and this style of sacred dance spread around the world.

Geneviève Khemtemourian has a great culture and a rich experience in this field. She organized the CID’s online seminar “Sacred Dances for Contemporary World” which treated that subject

– Searching the “hidden” spiritual dimension of a dance was the subject of a series of panel conversations held by SDG  (Sacred Dance Guild) entitled “Is THIS Sacred Dance?”

-Another interesting situation appears when spiritual practices (ex. meditation, yoga …..) are used by professional or student dancers even when non strictly sacred or spiritual dances are concerned
The On line seminar “Spiritual Practices for Dancers” presented two (between the numerous) aspects

Why safeguard the sacred dances

The huge  human and cultural inheritage of sacred dances should be preserved, and this for many reasons, here are some of them :

– Because they respond to the need of “all humans” – believers, atheists or agnostics – to face the mysteries that surround them: nature, existence, life, death and to feel an intense emotion that touches their entire being. Even for those who have a vision of a world existing by chance and of a meaningless human life,
art – and especially dance – has a consoling function.
——

– Because they  can bring various benefits ranging from therapy…. up to the study of altered states of consciousness!

– Because they carry precious keys to understand the historical and cultural past, thus helping people to deepen their particular identities.

Is Sacred Dance a vector of peace?

The culture of peace is the primary goal of UNESCO to which all its other objectives are supposed to converge, including the safeguarding of intangible heritage.

If, in history, certain sacred dances were linked to war, their vast majority correspond to the deep material and spiritual needs of every human being.

When we look at this marvelous global kaleidoscope we discover our humanity with its great qualities as well as its deep fragilities expressed in thousands of ways!

Of all the arts it is dance that allows humans to better feel a foreign culture. , the culture of the “other”

In addition, the sacred dance allows humans to understand that their spiritual needs are basically common, despite the dogmas, ideologies and interests that can deeply divide them.