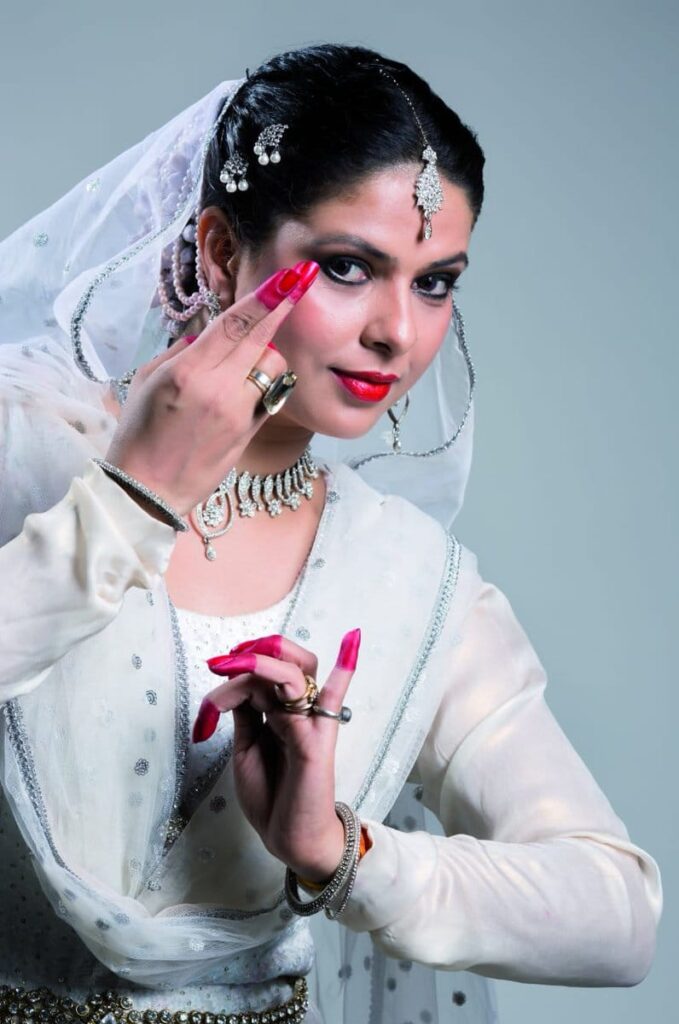 Kathak  is one of the eight major forms of Indian classical dance.

The origin of Kathak is traditionally attributed to the traveling bards of ancient northern India known as Kathakars or storytellers. The term Kathak is derived from the Vedic Sanskrit word Katha which means “story”, and Kathakar which means “the one who tells a story”, or “to do with stories”. Wandering Kathakars communicated stories from the great epics and ancient mythology through dance, songs and music.

Kathak dancers tell various stories through their hand movements and extensive footwork, but most importantly through their facial expressions.

Kathak evolved during the Bhakti movement, particularly by incorporating the childhood and stories of the Hindu god Krishna, as well as independently in the courts of north Indian kingdoms. Kathak is unique in having both Hindu and Muslim gharanas and cultural elements. Kathak performances include Urdu Ghazals and commonly use instruments brought during Muslim rule.

A brief introduction to Kathak

What started off as a folk dance went through a sea of changes. Its philosophy, content, context, attire, instruments and even language changed and over time have evolved into what we see today. Temple dancing in Kathak was introduced when ‘Kathakas’ the folk story tellers were invited by the hindu temple priests to enact scenes, verses and moral concepts from the Hindu epics of Ramayana, Mahabharata and also the holy ancient texts like  Vedas and Puranas. at this stage the content and the context of what was said and danced to changed. Here the dance was mythologically oriented and the focus was gods and goddesses.

Kathak was eventually invited into Mughal and Hindu courts giving patronage and adding unique elements to the dance form thus leading to the evolution of various Gharanas/ Schools in Kathak. The Gharana that evolved under Hindu kings – Jaipur Gharana, Kept most of it original temple sanctity and continued to dance on traditional mythological and moral Hindu concepts where as the Lucknow and Banaras Gharana had a uniquely Mughal influence.  Mughals wanted to use dance more as a source of entertainment than spirituality so they molded the dance to suit their requirement.

Dance in India went through a drastic change during the British era as they completely banned dancing. These Kathak dancers who could not showcase or teach their dance form openly, then moved started teaching the art-form to direct family members and preserved the art. This is where the concept of ‘Gharana’ cones in. The word Gharana comes from the word ‘Ghar’ which means home and these eminent dancers started home tutoring their own kids and cousins. This is also where the dance form became more hierarchical in nature and most notable gurus of Kathak are direct discernment of famous dancers of a particular Gharana and are continuing their forefather’s legacy. It is also important to point out that in older times dance was an art practiced by men and women for the longest were forbidden from even entering the domain. This is why the Gharanas were established by males dancers who formalized the techniques of these Gharanas and eventually taught dancing to women who danced in the Mughal or Hindu courts. 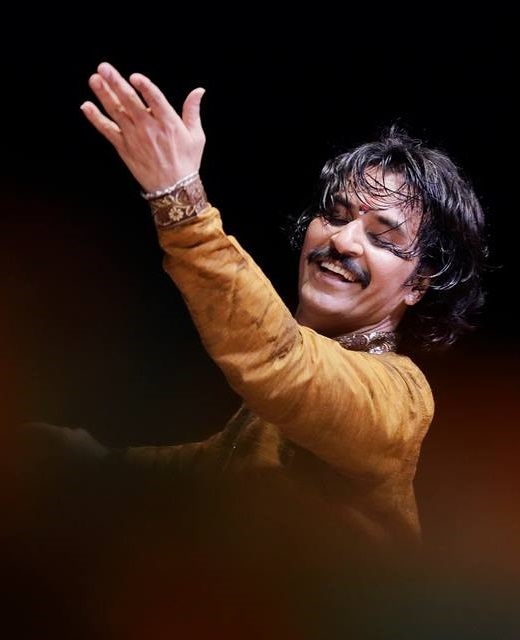 Jaipur Gharana is the representative Gharana of ancient Hindu style of Kathak dance, which did not developed in one family or place but represents the hundreds of families of Kathak dancers spread over entire Rajasthan. The style flourished under the patronage of kings from Rajasthan. Apart from the kings the Krishna devotee poets  were musician hence their compositions were full of poetry bound by musical moods where the Kathak dancer presents divine emotions (Bhakti Shringaar).

Due to the importance of heroism in Jaipur style, there is a significant influence of Tandava form on the Jaipur Gharana. The style of Jaipur Gharana does not have any Mughal influence because this school of Kathak dance was under the patronage of Hindu Emperors (Rajputana emperors) and they demanded the dance that was full of zeal. Some distinct elements of this Gharana are the fact that it includes complex and powerful footwork with complicated compositions and Multiple spins (circles- chakkars). 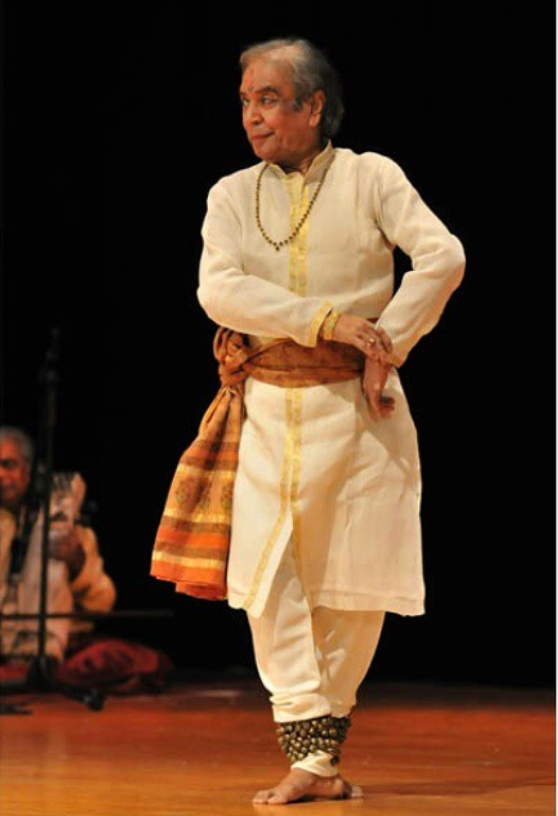 Legends say, the earliest kathaks to set foot in Lucknow were Maharaj Iswari Prasad Misra and his brothers, who brought the Natwari Nritya style to the city. It has been said that in Lucknow, Kathak developed mainly in the court of Nawab Wajid Ali Shah where artists who had migrated from Delhi. It was during Wajid Ali Shah’s rule that Lucknow gained maturity and perfection in this dance style. Shah was a trained kathak dancer and he became a disciple of Pandit Durga Prasad and from then on, it was proliferated as a blend of nritya and abhianay. It is believed that Kalka Prasad and Bindadin Maharaj were the choreographers of the present form of Lucknow Gharana, which is also popularly famed as Kalka-Bindadin Gharana.

The Lucknow gharana of Kathak dance is hallmarked by smooth graceful movements, precision and delicacy and this dance type is paired with classical music like thumri, dadra and horis. At present, Pandit Birju Maharaj, son of Pandit Achchan Maharaj, is hailed as the pioneer for the initial Lucknow gharana styles and get the credit for popularizing this dance form by introducing it to mainstream Indian cinema, Bollywood. 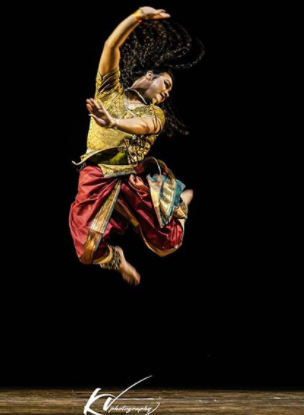 The banaras Gharana was developed on the banks of Ganges by Guru Janakiprasad. It is characterised by the exclusive use of ‘Natwari’ or dance bols, which is different from the Tabla and Pakhawaj bols. This dance has its own peculiar style of tatkaar (footwork) and show extensive use of the floor for ‘sam’ – ending of a composition. This Gharana is famous for their classic air jumps neatly woven into the dance choreographies.

Acknowledgements to Indira Bali  CID Member who curated this page.